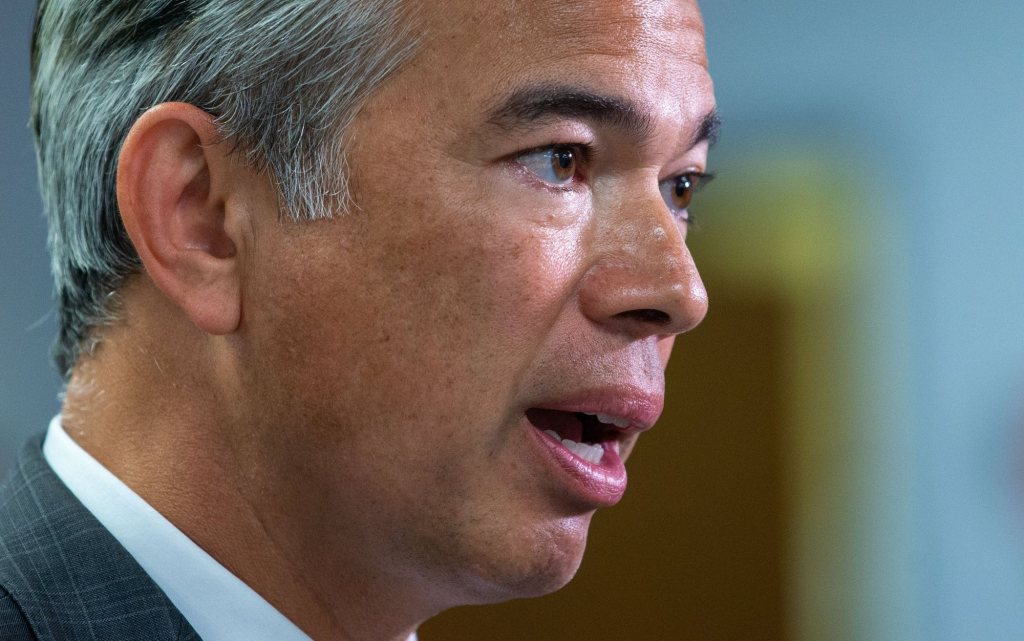 We hate to take on Attorney General Rob Bonta two weeks in a row, but he really gave us no choice.

Last week, we chronicled his hypocrisy on data privacy by posing as a champion on this issue while negligently allowing his Department of Justice to release sensitive information about Californians who hold permits. concealed weapons.

What spurred today’s criticism was an article in the Sacramento Bee with the headline, “Why is the California Attorney General spending taxpayer money to email you?” First, hats off to the Sacramento Bee – not usually a friend of conservatives – and its reporter Ryan Sabalow.

The article reports that two months before the June primary election, millions of California voters received an email from Bonta’s Department of Justice with the subject line, “I want to hear from you.”

The message was from an official email account and read, “As Attorney General, protecting California and its people is my highest priority” and “your opinion truly matters to me.”

Those who received the email may have wondered what it was all about.

After all, it’s unusual to receive an unsolicited email from a public body unless you’ve chosen to stay informed about a particular topic.

But it’s really no mystery at all. Prior to the primary election, Bonta served as an appointed, but unelected, attorney general. There was no doubt that his identity was not very high and that he was ready to do everything possible to raise his profile. It’s one of the reasons he asked his staff – soon after his appointment – to include his smiley face on these email solicitations to no less than 7 million voters.

Bee’s article, citing multiple sources, accurately notes that what Bonta did was technically legal, even if ethically questionable. Indeed, the question of how much elected officials or government agencies spend taxpayer dollars on political advocacy or “self-promotion” is a question the Howard Jarvis Taxpayers Association gets a lot of.

In fact, our Public Integrity Project was formed precisely to monitor and advocate where necessary the illegal expenditure of public funds for illegal activities.

Fortunately, HJTA has had a string of courtroom successes, including a lawsuit against Los Angeles County for producing a slick TV ad advocating for a sales tax to address homelessness.

This action resulted in a $1.3 million fine against the county. Other successful lawsuits include a lawsuit against then-California Secretary of State Alex Padilla for spending an unauthorized $35 million contract with a politically connected public relations firm that was calling “Team Biden” on its own website, ostensibly for nonpartisan “voter outreach” and public education.

The bad news is that there is a very high bar for proving illegality when it comes to public spending on non-election PR campaigns.

It’s rare for an elected official or government entity to be so stupid as to use taxpayers’ money for ads that say “Vote for me” or “Vote for measure X.”

But just because “outreach” communications, such as emails sent by Bonta, may be technically legal, doesn’t mean they’re ethically defensible.

The Attorney General is responsible for enforcing the law against other Californians. Looks pretty bad for him to get around the law himself.

Citizens interested in learning more about the illegal use of government funds for political purposes can visit www.hjta.org/resources/taxpayer-tools/stop-illegal-government-spending/.

Jon Coupal is president of the Howard Jarvis Taxpayers Association.