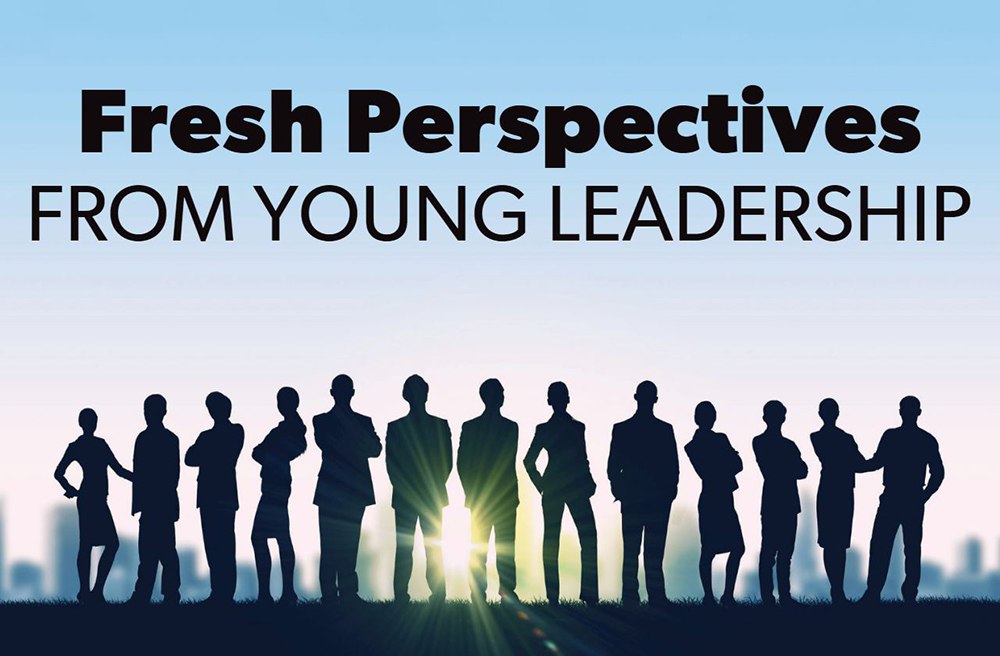 The commercial audiovisual industry benefits from the experience, knowledge and perspective of seasoned leaders who have seen the economy expand and contract, technology fads rise and fall, and vertical markets evolve. However, our profession and our practice also benefit from new and dynamic perspectives.

And that’s exactly what the next generation of AV leaders delivers. Bobby Swartz, CTS, who became CEO of Starin on January 1, 2021, is a prime example. Here, we’ll explore a bit of Swartz’s background, dive into the bold transformation he helped usher in throughout his first year as CEO, and consider the importance of being receptive to change and change. of management. In doing so, we will glimpse, in microcosm, the exciting future that these new audiovisual leaders are bringing to light.

Sometimes when you hear about an under 40 working in the C suite, you assume it’s a golden chair he inherited right away from an MBA program. For Swartz, the path was much more relatable.

During his university years, he pursued his passion for music by giving concerts. (In fact, during our interview, I noticed an impressive collection of electric and acoustic guitars as part of his backdrop.) As family responsibilities materialized, Swartz pivoted to positions at Woodwind & Brasswind, Guitar Center and Musician’s Friend, continuing to pursue his musical career. passions. From there, he joined the Starin organization in an entry-level position, embarking on what has now become a 15-year career with the venerable Chesterton, Indiana-based distributor.

Swartz’s first role was as an internal support representative; over time, he worked as a market development manager, channel sales associate, and in other increasingly responsible roles.

“There is almost no department that I have do not have worked at this point,” he laughs. Swartz is quick to add, however, that he didn’t have a C-suite job in mind at that time. Noting that Starin was a relatively small company with many longtime associates, he figured his best course was to simply do his job well. And because he did, management encouraged him to contribute even more meaningfully.

“Whenever I found something to do, the company was just like, ‘Well, go ahead and do it,'” Swartz says. “I’ve always had the power to do something new… to go further.”

A year that pushes the boundaries

Swartz is something of a disruptor – pushing boundaries to help Starin succeed – but there hasn’t been a bigger disruptor than the COVID-19 pandemic, which hit in Q1/20. At the beginning of the same quarter, Starin had considered opening an office in the United Kingdom to expand its portfolio of offers outside the United States.

After a very strong 2019, the company was definitely in growth mode. Starin sought funding to enable its European expansion, forging strong ties with the Midwich Group along the way. Eventually, Midwich acquired Starin on February 6, 2020. Just over a month later, the world went into lockdown as the COVID-19 pandemic subsided.

“Twenty-twenty was tough,” admits Swartz. “We pivoted quite a bit, like the whole industry has. Big venues… live events – they’re all gone. These trials proved enlightening for Swartz and the value-added distributor he would soon lead. The difficult year revealed that Starin needed to focus on its core strengths of enterprise unified communications (UC) and education, while withdrawing from other less distinctive ancillary areas.

“Twenty-one was supposed to be a pivotal year,” says Swartz. “It really comes down to, first, what are we best at as a company? What is our identity? And as he walked into the CEO’s office when the timeline flipped, those directional choices were in his hands.

You’d think a young, new CEO coming into the job fresh after a tough pandemic year would proceed with caution, but Swartz knew he had the support of Midwich management and, more importantly, the Starin team at based. So, Swartz was bold.

“If we were to focus on these two areas [corporate UC and education] and doing a really good job internally and for our customers, and providing my staff with that focus, something had to give,” he acknowledges.

The answer, he decided, was to look at Starin’s line card and decide what contributed to his strengths and what distracted them. “Ultimately,” Swartz continues, “we ended up divesting a significant percentage of our existing business with brands that we had maintained and served for many years.”

Brand changes of this magnitude can be scary – after all, there’s no instant way to fill that void – but Swartz and his team knew it was the right move. “We want to be the best as a provider of unified communications and education,” he emphasizes. “You can’t be the best at everything.”

Thus, during 2021, Starin has rebuilt its line card with a more personalized offer aligning with its core strengths and the work-from-home revolution. This agility not only matched Swartz’ bold vision, but also reflected the core of Jim Starin’s approach.

Company founder Starin has long instilled a sense of adaptability, overseeing its transition from a hybrid representative/distributor firm to a true value-added distribution company.

Channeling another core value of Jim Starin – his commitment to associate welfare – Swartz and the management team (including CFO Nick Parisi and COO Bill Pak) protected associates’ jobs throughout the transition period.

Indeed, he proudly says that Starin did not fire any member of the team, either because of the Midwich acquisition or because of the line card turnover. Part of this commitment to Starin associates stems from Swartz’s recognition that top management does not have a monopoly on good ideas.

“I will never say that I have all the right answers,” he says. “What I’m going to do is find people who have the right answers and make sure they’re optimized to work together.” And it’s not just about hanging on to existing talent. Starin increased its workforce by almost 30% last year; Additionally, this year budgets have been allocated for an additional 30% (or more) increase in the workforce.

Swartz brings a sense of gravity to the CEO’s office, acknowledging that his choices have far-reaching repercussions. “These are my decisions to make,” he says, “and it’s also my responsibility if I make the wrong ones.” He manages this stress by relying on his instincts – a strategy that has proven to be sound over the years – and by taking Starin’s motto as a benchmark: “Care more and be better”.

This, of course, is about taking care of the company’s associates, as well as its supplier partners and customers; however, it is also about ensuring the well-being of the industry and the societal ecosystem within which commercial broadcasting exists.

“AV is a small industry in the world, but it’s important that we do our part to have some sustainability,” says Swartz. “Give back – be able to highlight other causes.” Later this year, at InfoComm ’22, Starin will reveal more of this side of himself.

So far, the company has weathered a difficult 2020, navigated through a 2021 characterized by immense organizational change, and is on a path of growth throughout the coming year. “What’s on the horizon is more listening, more talking, and then more adapting,” Swartz concludes.

These new and dynamic perspectives have begun to shake the cobwebs of our industry. And in doing so, they paved the way for an exciting and profitable future.