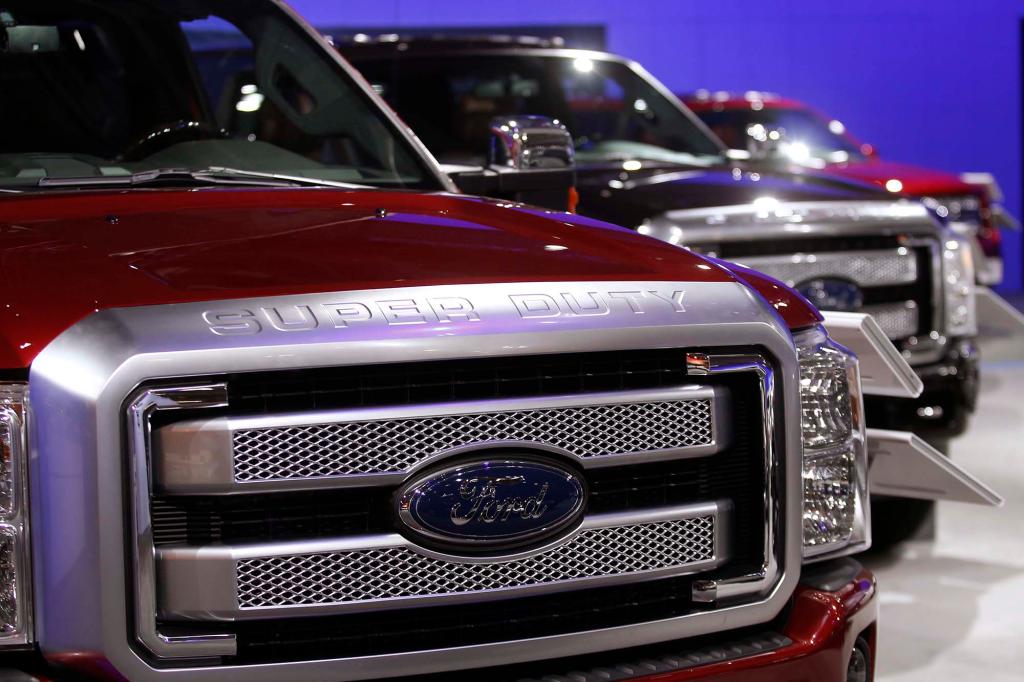 The multi-state settlement covers 2013-2014 C-Max hybrids and 2011-2014 Super Duty pickups. In 2013, Ford lowered advertised fuel economy ratings on its C-Max hybrid by up to seven miles per gallon and sent owners checks for $550 to make up the difference in fuel costs.

“For years, Ford has advertised impressive fuel economy and payload capacity for its cars and trucks,” said Iowa Attorney General Tom Miller. “Unfortunately these figures were not based on reality, leaving customers with vehicles that did not meet their standards.”

The settlement, along with 40 states and the District of Columbia, prohibits Ford from making false or misleading advertisements regarding the estimated fuel economy or payload capacity of a new motor vehicle. Ford has not admitted any wrongdoing as part of the settlement. Ford did not immediately respond to a request for comment.

Platkin said Ford ran misleading ads called the “Hybrid Games” that were told as an Olympic sport that depicted the Ford C-Max outperforming the Toyota Prius in a series of videos.

The states allege that Ford used a deceptive methodology to reclaim “Best in Class” payload capacity after other trucks overtook Ford.

“When calculating the maximum payload capacity of its vehicles, the investigation revealed that Ford used a truck configuration that it had no real intention of selling to individual buyers – a configuration that omitted standard items such as spare wheel, tire and jack, radio and centre. console (which has been replaced by a mini-console),” Platkin said.

As a result, “Ford was able to add extra pounds to the advertised maximum payload capacity of its Super Duty truck – just enough for Ford to reclaim the ‘best in class’ title for payload.”