China Joins The Hague System – Here’s Why You Should Care 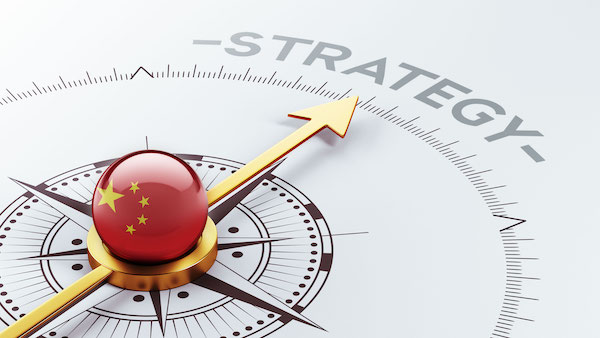 “The days of cars with large spaces behind the panels are over; everything is a much tighter package now…. Therefore, widespread and inexpensive design protection… is needed. The Hague system makes this possible, and it is now available in the “factory of the world”.

One IP announcement that you may have missed over the past few weeks is that China will now be part of The Hague system for the international registration of industrial designs. The law will officially come into force on May 5, 2022. Does it make a difference for you and your customers? Yes, in a very, very big way.

Time for a story

In the mid-1990s, I had a key client operating out of Hong Kong, before the transfer of sovereignty from the UK to China. It had then become the largest “manufacturer” and seller of vacuum cleaners in the world. Yet he had only a small staff, mainly engaged in maritime and monetary transactions, i.e. paying and being paid for the goods he bought and sold from vendors around the world located in the economies of developing countries. He didn’t know much about vacuum cleaners per se, but he knew a growing middle class around the world wanted them, and he filled that need. He visited factories in China that made all the developed world “name” brands that we know, knew and loved, and had them labeled under his own brands and sold them in every country where the “name brands” did not have patent rights. Trademark rights didn’t matter, as he reprinted the box and label. He could sell the literally identical branded product for less because he had no cost to amortize for engineering, tooling and development etc. All of this had already been paid for by those for whom the factories had been hired to do the work. The one and only factor for sales was the “price point” and this could or could not be achieved for a given product. If a more expensive “brand” product was too expensive, he simply chose a less expensive branded product and sold it. His brands were often “store” labels anyway. So he became the biggest seller of vacuum cleaners in the world (by number) and in the early 2000s he was buying the “real” brands he had been selling since the beginning, but now with the brand, and now in sale in developed countries. They were slowly being bankrupted by their incompetence in intellectual property. I’m sure everyone received “bonuses” for performing well until the end.

The above story can be told over and over again across a myriad of products and markets. I recently purchased an auto part at the local outlet of a national auto parts chain, opened the box on the “no name” ignition coil when I got home, and the original brand of the “name mark” has been crossed out. In this particular case, the coil-on-plug design (quite common these days) requires a specific coil shape and size to fit and connect to the OEM ignition wires and bolt-on brackets on the valve covers to the coils. So I got a good German brand for about 1/3 the cost of the identical part available from the dealer or other OEM part sellers due to lack of design protection. Sad.

So what about China and The Hague? Well, patent protection is expensive. And, often, the “broad protection” of a utility product is exhausted as the products are updated, and the novelty and inventive step of the “update” is insufficient to warrant re-filing. OK very good. But what about industrial design style protection. Cheap and ubiquitous in The Hague, it covers what is made using the “tooling” you paid for and usually only requires small and less frequent annuities. They can also be used to stop exports of counterfeit goods.

Over the years I have represented many top tier auto parts suppliers. One aspect of the focus is on “crash replacement” parts, such as headlights, taillights, bumpers, mirrors, valences, etc. All the emphasis is on the appearance of what is seen from the outside. Well, truth be told, if the invisible part of that part doesn’t fit where the hole or the brackets are, the part won’t fit either. Gone are the days of cars with large spaces behind the panels; everything is now much tighter. If the back, sides and bottom are not identical, even if they look identical on the outside, they will not fit. Therefore, extensive and inexpensive design protection for all six sides is required. The Hague system makes this possible, and it is now available in the “factory of the world”.

Is it a big event? You tell me. Start filing Hague cases now, at all levels, for everything you paid for tooling. Nothing. The Hague adds new member countries every year, not as big as China, but cheap enough to get registrations all over the world. Check your IP address; it’s a global economy, and you have to maintain your access and your exclusivity and preserve the markets. Heck, allow it if you have no interest yourself. But don’t just give it away. If you don’t change anything, you’ll become like all those old brands we knew, loved, bought and still remember. Faded away. You choose.

Recognized as one of the top patent educators in the United States, John White has over 35 years of experience in all phases of the patent field. As president […see more]